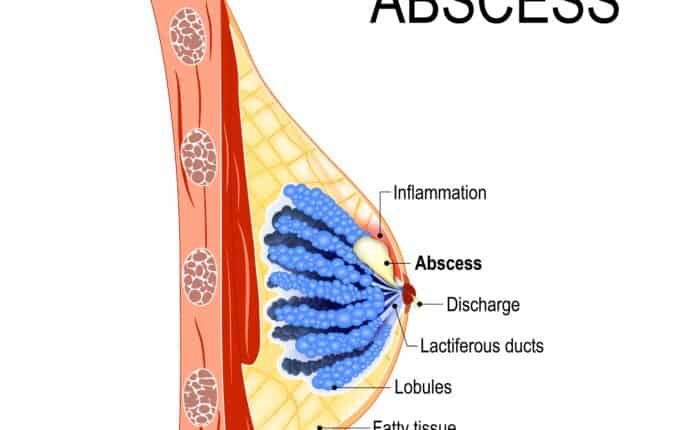 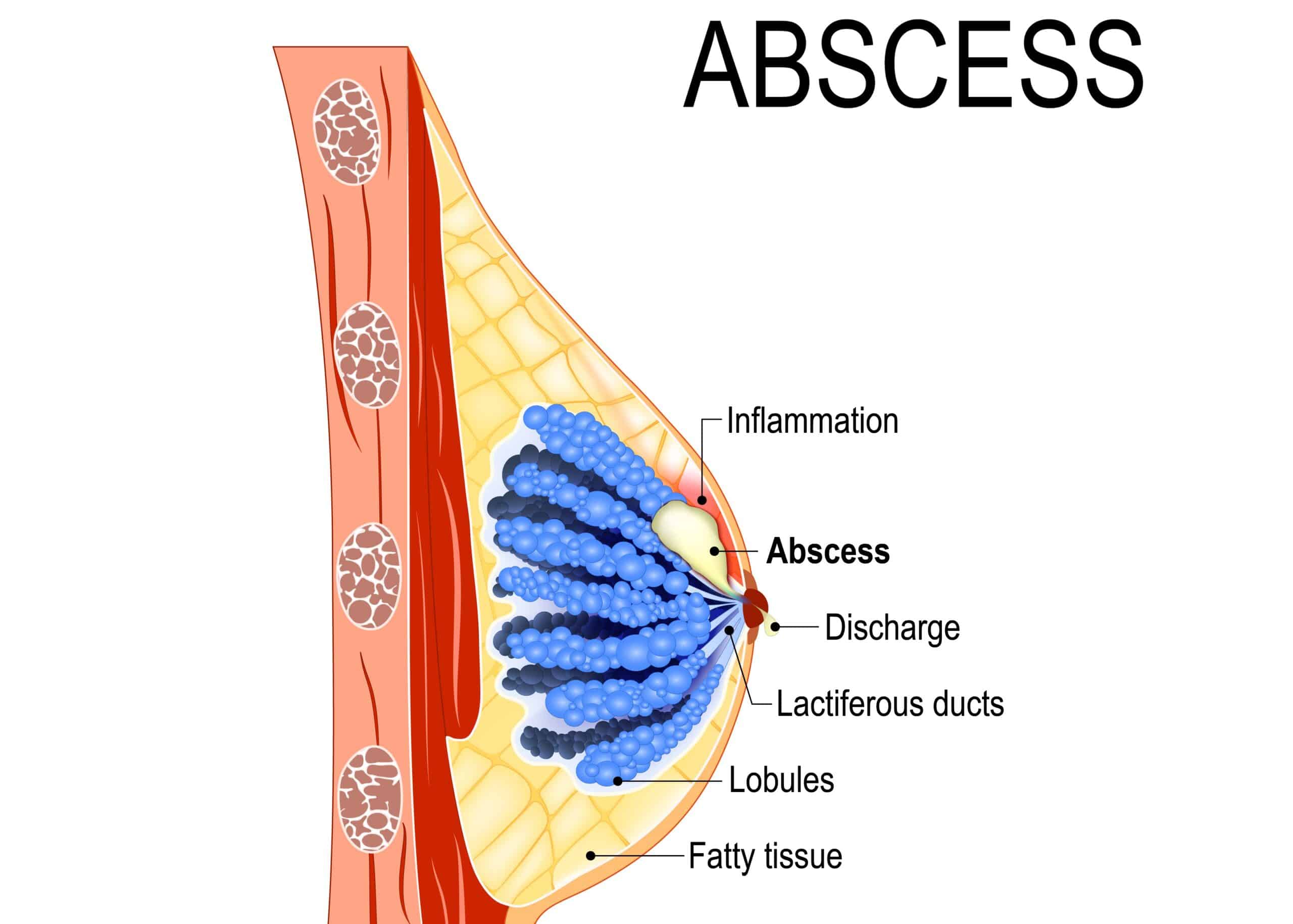 Ok so we’ve felt a breast lump and no doubt we’ve entered the google search wormhole and ended up at abscess. But what is it? Do I have it? And what do I do about it? Firstly you don’t have to stop breastfeeding if that’s what you are worried about. In fact even when receiving treatment for an abscess you can continue to breastfeed. Given what we’ve seen and heard in clinic over the years, we know that an abscess in the breast will seem really stressful but know this, many mothers breastfeed well past the time their abscess is resolved so keep your chin up and seek medical attention if you suspect and abscess from your episode of mastitis.

To understand the lifecycle of an abscess, it’s important we have an understanding about mastitis and the changes that are happening within the breast.

Difference between mastitis and breast abscess

Mastitis is the inflammation of breast tissue. It occurs in the breast tissue space SURROUNDING the breast milk making lobes and generally results in swelling, redness and flu like symptoms can be a result of either bacteria being infective mastitis or just inflammatory cells being inflammatory mastitis. Either way we have inflammatory cells in a space that aren’t meant to be in. Now sometimes when inflammation hasn’t moved in a while, or that the body hasn’t been able to clear it, the body’s goal will shift, and it will try to contain it as much as possible. This is when a potential abscess comes in.  An abscess is your body’s form of a capsule or balloon that will form around a cluster of inflammatory or infective cells in it’s attempt to control and contain it from spreading.

This capsule is strong and usually with firm edges but there are a few things that set it apart from more common breast lumps that are due to congestion.

How to know if mastitis turned into abscess-

The body’s enthusiasm for containing inflammation is great, but this is not something we ignore. While an abscess is unresponsive to manual techniques, it does have the potential to rupture and spill all the inflammatory or infective cells back into the breast tissue. This is something we want to avoid and why it is important to get on top of as soon as possible.

If you’ve had a suspected abscess picked up during your consult you will be given a referral letter from one of our practitioners. But if you’re at home and feel like this is you, we suggest making an urgent appointment with your GP or going to the emergency department to have it looked at and drained.

An abscess will need to be identified with a diagnostic ultrasound (the one that gives you the picture of the breast tissue) and then drained accordingly OR may just be a case of antibiotic therapy. The therapeutic ultrasound that we use in clinic generates heat and vibration to the tissue, will assist in managing the congestion surrounding the abscess but won’t affect or show the abscess in anyway.

In order for the abscess to be drained, it will be looked at with a diagnostic ultrasound to confirm and then will be drained. The ultrasound picture will be used to make sure when the needle goes in to be drained, it is going to the right spot.  Mastitis abscess drainage may take place over a number of consecutive days as it is often not feasible to remove all of the infection in the first pass. This is normal procedure for draining a breast abscess so don’t be alarmed if this is mentioned to you.

Removal of an abscess is about draining it and this will likely occur in hospital. This way adequate anesthetic can be administered and they have the right equip to fulfil the needs drainage. Once fully drained, the abscess “shell” will not need to be removed. It should be broken down and dissolved by the body. Keep an eye on the area of the lump, because as previously stated, sometimes it may need to be drained a couple of times.

Short answer is yes. Feeding with and after an abscess will be great to help keep on top of fluid flow within the breast. After having the abscess drained, you will have a small needle mark to the skin in that spot but will not affect bub being able to latch or the pump. It is normal for some bruising to appear, so please continue being gentle to the area!

Antibiotics are a prescribed medication that clears the bad bacteria from the body. We know however, mastitis can occur without bacteria and being purely inflammatory. If you have been taking antibiotics before your abscess is drained, it will not affect the size of the abscess or how long it will be there for- remember it has a tough capsule around it and will need to be drained. However, it can be common to be prescribed antibiotics after an abscess has been drained. The small needle wound can act as a doorway for bacteria to enter the system off the skin and stimulate additional inflammation.

I like the think of the abscess as similar to a roadblock. Yes, it is occurring in the space around the lobular and ductal tissue, but it can still compress and restrict the ease of fluid flow surrounding it. We know very well that when fluid becomes still, it can become stuck and then sore. But this also applies to the surrounding breast tissue in the fact that if congestion of milk occurs due to lack of movement, it is common that we see that the breast tissue generally begins to feel tense and restrictive. This is when manual techniques will continue to work through mobilising the entire breast tissue, but making sure any congestion forming can decompress and continue to flow through the structures it’s designed to.

Our clinic is in Melbourne Australia where we treat women experiencing mastitis. You can book in via the button below or call 9859 5059.

However, if you are elsewhere in the world we have our online strategies in video Masterclasses on the website of our sister company Your Two Jugs. Click the logo to go straight to the Your Two Jugs website to check it out. 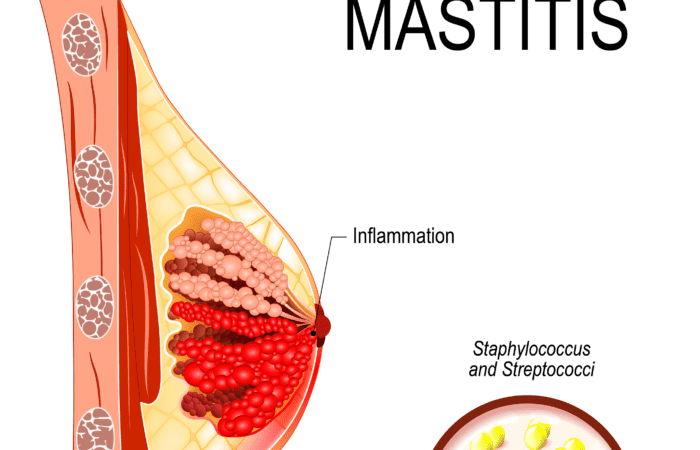 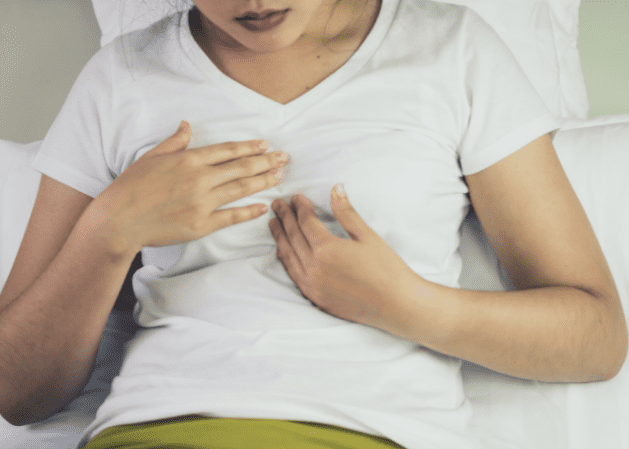 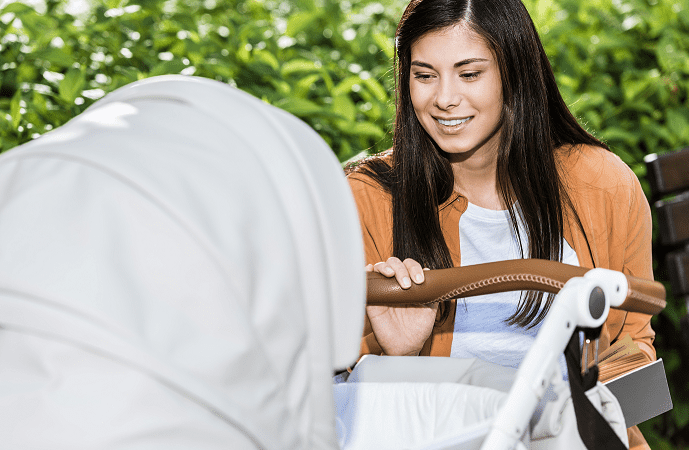 Get your questions answered